PODIUM AND PROGRESS FOR HABSBURG IN FIA F3 EUROPEAN CHAMPIONSHIP

After round one of the FIA F3 European series, Ferdinand Habsburg set himself a challenge; improve in qualifying, be consistent and get on the podium. This weekend, in round two at Monza, he did exactly that.

A top five qualifying position was the goal for Habsburg, who stepped-up to the most competitive F3 championship in the world at the start of this season. So, when the Carlin Racing driver went fifth fastest in qualifying one, he was happy with how things were shaping-up.

“I’ve proven time and time again that I have the ability to carve my way through a pack of racecars,” commented Habsburg. “So, this weekend’s challenge was to make life easier for myself by qualifying well… for every race!

“Starting the weekend with a fifth place in qualifying was success for the first goal. I just needed to convert it into a result.”

So, that’s just what the 19-year old did and, after an incredible wheel-to-wheel battle for third place, he took his first FIA F3 European podium.

The next step was consistency so, in the afternoon’s qualifying session, he was looking again for a top-five result. With the fastest lap of the session determining the starting order for race one and the second fastest lap determining race two, laying down one quick lap wouldn’t be enough. He needed at least two fast times.

“The format is great for encouraging consistency,” he explained. “Knowing that you can’t just go out and be a one lap wonder definitely makes you a better overall driver.”

At the end of the qualifying session, Habsburg had done enough to secure a fifth place start in both of Sunday’s races. “You can’t get more consistent than that!” he remarked.

Race two started well and Habsburg took no time in making his attack on the top three. However, while making a bold but clever overtake, he got pushed wide and dropped back to P16. Never one to be defeated, Habsburg pulled out his trademark manoeuvres to climb through the pack and, as the chequered flag dropped, he was back in fifth place.

With another fifth place finish in race three, Habsburg was happy with his improvements from the opening round but was quick to set goals for the next race at Pau in France.

“I’m pleased to have improved in qualifying and nailed consistency but I need to try and break that top three in qualifying. Starting on the front row would make my races a lot easier!

“I have to take my hat off to Carlin Racing this weekend. They not only did a fantastic job with my car but they locked-out the podium in race one, which is utterly incredible in such a competitive championship.” 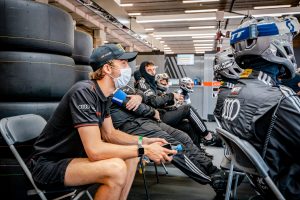 Ferdinand Habsburg has left Spa Francorchamps in Belgium disappointed in the race results – which were hampered through no fault of his own – but with a positive attitude; an optimistic outlook and confidence in WRT Team Audi Sport and his REMUS-liveried Audi RS 5 DTM car. 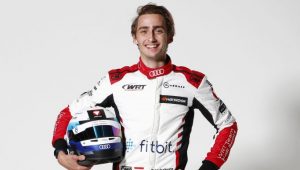 Ferdinand Habsburg teams up with Fitbit

Ferdinand Habsburg will enter his second DTM season with new partner Fitbit , innovators and market-leaders in wireless-enabled wearable technologies, by his side.

Ferdinand Habsburg will return to the DTM series this season as he makes his debut with WRT Team Audi Sport in the Audi RS 5 DTM.