Ferdinand Habsburg completed his pre-season campaign in the Toyota Racing Series with a trio of solid top 10 finishes at the Manfeild Circuit Chris Amon, advancing a total of 13 positions from his grid slots during the three races.

The Austrian driver finished the weekend with a strong drive from 11th to seventh in the 62nd New Zealand Grand Prix, an event previously won by motorsport legends such as Stirling Moss, Jack Brabham, John Surtees, Graham Hill and Jackie Stewart.

Having won and notched a fastest lap at the 3.033 km Manfeild circuit last year, Habsburg expected to be in the thick of the action in the final round of the TRS, but was left frustrated by a tough qualifying in which he struggled to get his M2 Competition car dialled in.

As a result, Habsburg would start from 14th for the 20-lap Dan Higgins Trophy Race, but made amends with an excellent recovery drive in the race, as he picked his way through the pack to finish eighth.

The 19-year-old continued in a similar vein in race two, capitalising on the pervading chaos around him to move onto the verge of the podium places before slipping to fifth on the final lap.

The historic New Zealand Grand Prix is the most prestigious race on the TRS schedule and at 35 laps is also the longest. Tyre management would be pivotal to achieving a good result and indeed, as his rivals faded, Habsburg only grew stronger.

He had advanced to ninth before a red flag interruption and continued to make progress when racing resumed, climbing to seventh in the closing laps to secure his grip on eighth in the championship standings, meanwhile M2 Competition claimed the Team’s Champion title for the 3rd consecutive year .

“It was always going to be a tough weekend given where we qualified, but I was able to make good progress in each of the three races and had a lot of fun,” Habsburg reported.

“It’s not been easy for us and we’ve had a fair bit of bad luck, but I still learned a lot and I had a blast out here in New Zealand.
Proud to have raced for a team like M2 Competition. The most professional team I have ever driven for! To all the guys around me, I just want to say thanks to you all. Now I’m feeling ready for the real hard work to start paying off in F3.”

Next for Habsburg will be his debut foray in the FIA European Formula 3 Championship with the highly-esteemed Carlin operation, which helped launch the careers of seven current F1 drivers. The season begins at Silverstone on the 14-16 April, the first of 10 races across Europe supporting the FIA World Endurance Championship, DTM and World Touring Car Championship. 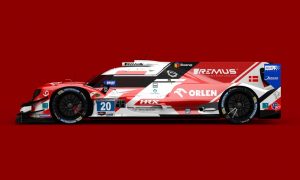 Ferdinand Habsburg will return to LMP2 racing later this month, after a three-year hiatus from the category, as he has been signed by World Endurance Championship team High Class Racing to contest the opening round of the IMSA WeatherTech SportsCar Championship – the world famous Rolex 24 at Daytona. 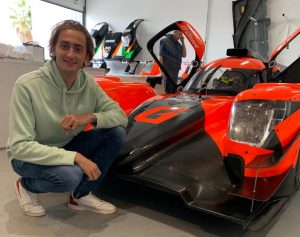 Ferdinand Habsburg will be back behind the wheel of an LMP2 car in the 2021 Asian Le Mans Series with the reigning champion team. 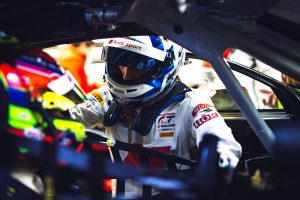 The ‘Call-Up Crew’ Impress at Spa

Ferdinand Habsburg’s DTM season is going well – he’s taken a pole position and a podium and is edging closer to a race win – but when he was called-up during the 24 Hours of Spa race week to join Audi Sport and represent WRT, no one expected him and his team-mates to get through to SuperPole and to finish inside the top 15.