Hot on the heels of his maiden ELMS podium last weekend in Portimão, Habsburg arrived to Bahrain this week to reunite with his WRT Team following a long break. Last time the trio of Habsburg, Charles Milesi and Robin Frijns shared the #31 WRT Oreca 07 in August, they delivered one of the most memorable Le Mans victories in recent years, that put them into second place of. the world championship battle, only one point behind the leader.

The Bahrain International Circuit, situated in the Persian Gulf, welcomed the FIA WEC grid with extreme weather conditions. The air temperatures rising up to 35 degrees and the track temperatures  barely dropping below 40-45 degrees put men and machine to the challenge.

The weekend got off to a less than ideal start for the WRT squad who seemed to be lacking pace throughout the practice sessions. Even though the qualifying was off to a promising start, Milesi’s flying lap got deleted due to track limits which put them in P10 on the grid and P8 in class for the 6-hour race on Saturday.

Ferdinand was chosen to take the start with the No 31 Team WRT Oreca, and the Austrian understood the assignment. It didn’t take long for him to start challenging the Dragonspeed car ahead and following a superb move, he carried on chasing down

the No 38 JOTA car to take sixth place with less than 20 minutes into the 6-hour race.

After a perfectly executed pit stop by the WRT crew from P5, Habsburg rejoined the race and carried on the charge, all the way up to third place, following a spectacular move on Loic Duval in the Real Team Racing Oreca, shortly before passing the baton to Robin Frijns.

The Dutchman picked up where the Bullet Athlete left off, and completed a flawless first stint. Combined with the Belgian Team’s perfect strategy, Frijns took the LMP2 lead a little less than 2 hours into the race, just  before Milesi took over the wheel. The young Frenchman did a perfect job to keep the lead for 40 laps, pulling a perfect double stint before  handing the #31 Oreca back to Robin, who built a comfortable gap ahead of the two JOTA Sportcars, and crossed the line in P1.

This victory puts Habsburg and his team on top of the LMP2 championship standings, heading to the season finale with a 5-point gap ahead of the runner-up JOTA Sport car. With 39 points still up for grabs, the title fight is wide open but the AVL Racing Ambassador heads into the final stretch with confidence.

‘’Completely shocked. We’ve over-performed what we’ve thought we had in us this week. But these are the victories that feel the most amazing. You don’t think you can win, and then you just have a perfect race and end up on the top step of the podium. These surprise moments feel special and stay with you forever. Now we have the pressure on us for next week, but we also have the confidence to finish this incredible season on a high. Massive thanks to Robin and Charles for their amazing performance, and shoutout to the entire WRTTeam for the relentless work to provide us with the best car on the grid.”

The 2021 FIA WEC season concludes next Saturday (November 6) with the 8 Hours of Bahrain at the BIC. 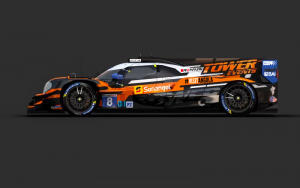 Bullet Athletes Ferdinand Habsburg and Rui Andrade team up for Rolex 24h at Daytona assault sharing the #8 Tower Motorsport LMP2 car at the 60th running of the iconic race.

Ferdinand Habsburg together with his teammates Robin Frijns and Charles Milesi took a storming win at the season finale in Bahrain to secure his maiden world champion title in his first season in endurance racing. 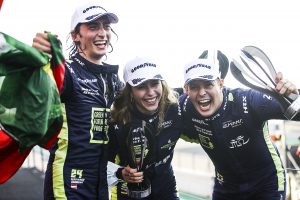