Share on facebook
SHARE
Share on twitter
SHARE
“Drive Fast, Act Faster“ is a campaign initiated by Ferdinand Habsburg and Green Future Project, with the support of Algarve Pro Racing to address sustainability in his racing and the motorsport world. This will be done by offsetting his and APR’s carbon emissions and supporting nature-based solutions in South America. The vision is for “Drive Fast, Act Faster” to gain traction among other teams and championships, and for them to collectively reshape the future of motorsport, as an industry response to the reality of the climate crisis.

“Racing has taken me around the world, and lately I began to realise that I have to take more responsibility and set out other goals than just winning and driving to the limit,”  – Habsburg said.  “When I was racing in the ASLMS this winter with Algarve Pro, I quickly realised that Stewart and Sam (Team Owners of Algarve Pro Racing) share the same values as I do and that they would like to make changes in the way the team operates to reduce their impact on the environment. This realisation led me to Green Future Project, a platform that champions change-makers, bridging individuals and businesses to the most effective climate solutions.”

“I am really thankful to my teammates Diego (Menchaca) and Richard (Bradley) for joining me on this journey. They really believe in the project and to have their full support is amazing.  With the new livery and teamwear, we will be a spectacle on the grid and on the podium. We are here to win, and we’ll do it in style.”

Ferdinand’s partnership with Green Future Project is centred around building a new status quo of business practices.  As Ferdinand shared his view on this: “We must broaden the horizon of racing, and be at the apex of change.” Racing has always been focused on innovation and it’s always been a great tool to connect people around the world; now it’s time to galvanise change through this collaboration and set new standards for innovation towards a healthier planet.

Algarve Pro Racing allows Ferdinand to add new goals to the 2021 ELMS season. Samantha and Stewart Cox are enthusiastic about being conscious business owners. Now, alongside the goal to win races and championships, the team aims to offset and reduce their carbon emissions. Specifically, the carbon emissions of transport to and from the races, the race-car, and the tyres will be offset. This will be done through the RMDTL Portal – Para’ project in Brazil, to prevent deforestation of native forests in Brazil.

Algarve Pro Racing Team Principal, Stewart Cox, said: “The idea of achieving carbon neutrality was formed during the Asian Le Mans Series. A conversation with Ferdinand revealed that we have the same passions and that, while we love motor racing, we’re also acutely aware that going around in circles burning fossil fuels isn’t healthy for the planet. My involvement in motorsport has enabled me to travel the world and I’ve often been shocked to see the deterioration in different environments, particularly under the sea. When I’ve revisited diving sites I’ve seen huge differences and witnessing the decay of the oceans, including the bleaching of coral reefs, really bothers me, because we as a species are solely responsible for it.

Ferdinand and I discussed marine conservation and began thinking about ways of negating our impact on the planet, and I’ve been amazed at the time and effort he has put into the project. Firstly, Algarve Pro Racing is working hard to reduce its waste and use more recyclable plastics, we’re campaigning for more recycle bins at racetracks, and we’re also working with Merchant Tailors, which has produced team kit using 35 per cent ocean plastics, 40 per cent landfill plastics and organic cotton. In doing so, we’ll all be contributing to the preservation of a rainforest in Ecuador, and I’m very proud to be a part of it. It’ll take relatively small changes from us as individuals to make a big impact, and this is our starting point.”

To get the fans involved, allowing them to join the “Drive Fast, Act Faster‘ movement, Algarve Pro will launch a merchandise line, made from up-cycled plastic with 100% of the proceeds going to supporting the expansion of the Narupa Reserve in the Ecuadorian Amazon, one of the most biodiverse areas on the planet. Therefore, through the purchasing of the merchandise, the racing community will have collectively established the first major forest protected by a racing car. To celebrate this, the team will run a special livery throughout the 6-round ELMS season, carrying the image of this exact forest, to be seen by millions of viewers around the world.

“This project is not only about my passion towards nature but also about connecting the racing community back together with the fans and all the people who are passionate about motorsport,” – Habsburg said. ‘’It’s something that we’ve been missing over the last year and I feel very happy to be able to do something to reconnect the people in a way that helps the environment.”

Ferdinand’s main driving force is to maintain and preserve motorsport as we know it for future generations.

“We see a lot of series moving towards electric powertrains nowadays, but the majority of the motorsport community is still passionate about combustion engines,” – Habsburg added. “This is something that’s strongly ingrained in the DNA of motorsport and if we continue with our wasteful behaviours, it will lead to a point where we’ll have no choice but to use electric engines unless we are able to turn our petrol-powered motorsport into a more sustainable form. This could save the future of motorsport as we know it today, allowing the next generations to have the privilege to enjoy racing as much as we do today.”

The #24 Algarve Pro x GFP car will make its track debut at the official ELMS pre-season test in Barcelona on April 12. 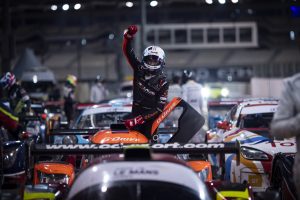 Ferdinand Habsburg signs with Algarve Pro Racing for a full season in the European Le Mans Series in the #24 Oreca 07 LMP2 car. 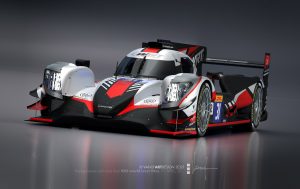 Ferdinand Habsburg will take on a full season in the FIA World Endurance Championship this year in an LMP2 car as the Belgian squad enters it’s first season in the highest level of endurance racing. 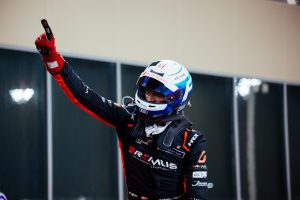 Ferdinand Habsburg won the 2021 Asian Le Mans Series with G-Drive Racing by Algarve Pro Racing in the #26 Aurus 01 LMP2, alongside Rene Binder and Yifei Ye, following a flawless performance over the course of the 4-round series in the Middle East.