The circuit nested into the Styrian forests set the perfect scenario for the debut of the Drive Fast, Act Faster car on Austrian soil.  Ferdinand arrived at the track with a special upgrade to the livery that features the Ecuadorian forest the team is protecting. The names of the fans who sent a €100 donation to Green Future Project to support the Narupa reserve, have been placed on the car allowing them to be a part of the campaign.

AVL Racing, one of Ferdinand’s longest standing and most loyal partners, based just a stone’s throw away from the circuit, supported the Austrian driver to prepare for the weekend. The event started well with Ferdinand finishing FP2 on the top of the leaderboard.

Ferdinand was chosen to qualify the car on Saturday afternoon. The REMUS sponsored driver was flying in the #24 Algarve Pro car and set the second fastest lap, 0.15 seconds off pole and securing a front row start for the Drive Fast, Act Faster ‘’green car”

The race however threw numerous challenges in Ferdinand’s way preventing him and the #24 crew from turning the great qualifying result into a podium finish.

Mexican LMP2 rookie Diego Menchaca took the start, followed by Richard Bradley, handing the car over to the Austrian in 10th place with a mountain to climb.

With Ferdinand now behind the wheel, the heavens opened and the tyre lottery began. Unfortunately, the Algarve Pro squad got caught up in the battle of the elements and even though Ferdinand did an impeccable job behind the wheel, it was impossible for him to catch up with the frontrunners. In the end the Austrian carved his way up to P8, collecting the first points of the season for Algarve Pro.

“It was great to race at home again, although it just wasn’t the same without the fans, “- said Ferdinand. “Of course we wanted more in the race, especially after the strong qualifying, but it just didn’t go our way this time. The car felt great in the practices and I am quite happy with my qualy lap, although I just missed out on pole. We just got unlucky with the tyre strategy in the race, but we are moving into the right direction and have everything it takes to conquer the podium and I can’t wait to do just that at Paul Ricard.”

Ferdinand next races at the 4 Hours of Le Castellet in two weeks’ time for the third round of ELMS. 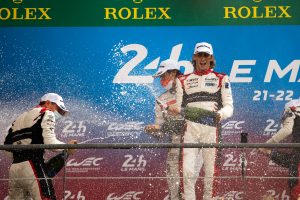 When Ferdinand decided to enter his first season in the World Endurance Championship, fulfilling his childhood dream of racing in Le Mans, his choice fell immediately on Team WRT. Following their shared success in DTM, it was a no-brainer for the Austrian to choose Vincent Vosse’s team. Paired with Robin Frijns and Charles Milesi, the #31 car became one of the most exciting lineups on the grid. 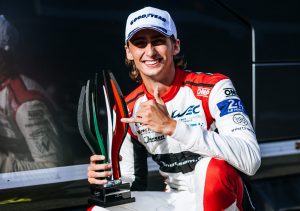 The FIA World Endurance Championship visited the Autodromo Internazionale di Monza for the first time last weekend, rounding up a back-to-back race weekend in the Temple of Speed for Bullet Athlete Ferdinand Habsburg. 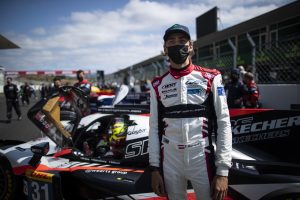 TOP 5 FINISH IN FIA WEC FOR HABSBURG IN PORTIMÃO

The Autodromo Internacional do Algarve hosted the second round of the 2021 FIA World Endurance Championship season last weekend. Bullet Athlete Ferdinand Habsburg alongside Robin Frijns and Charles Milesi had a strong run throughout the entire race resulting in Team WRT’s maiden points in the FIA WEC.