SHARE
SHARE
Ferdinand Habsburg took a step closer to his first DTM pole position at the Nürburgring when he qualified the WRT Audi Sport-run Audi RS5 DTM in second place. He went on to take seventh and sixth place in the two races and showed how hard work, teamwork and faith are the recipe to his success.

Race one saw Habsburg get another one of his famously strong starts, climbing from seventh into the top-five. The messy race – with three safety cars – saw him get pushed wide and, despite a penalty being given to the perpetrator, Habsburg had to settle for his starting position.

On day two, he qualified on the front row just behind Formula E racer Robin Frjins, who scored his first DTM podium last weekend after three years in the series – testament to the level of talent on the grid. In the race, he had current championship-leader Nico Müller and two-times DTM champion Marco Wittman to contend with and, despite good battles, he didn’t quite have the experience or machinery to keep them at bay.

“I’m very happy with this weekend, yeah,” said the Remus Sport Exhaust-sponsored driver. “A front row start in DTM is pretty intense – you really feel conscious of the hugely talented drivers behind you with you in their sights. But, I’m happy to be the target… it means I’m doing everything right. Honestly, I don’t think pole position was out of the realms of possibility – I think if I hook up my lap perfectly, it’s there. The podium is getting closer to us, but the truth is I need more race experience to be able to battle these guys and that comes with time.”

The 23-year old entered the DTM series knowing that he was going to be fighting against the top racing drivers in the world. With a long pre-season to prepare, but months without any track time, the young Fitbit ambassador focused on his strength, fitness and well-being and used lockdown to volunteer in the Austrian Army, where he discovered the power of team spirit.

“Creating a good team spirit is hard when it is a new team to you and you’ve already had some major ups and downs, but I believe that we will only get that DTM pole position and win if we are working together. Of course, this season has been a little testing at times, but you can either dwell on it or move on and improve.”

Habsburg, who celebrated Holy Mass with his friend and local Priest while in the Eifel region, is well-known in the paddock as the up-beat and energetic driver but his hard work and commitment are only known by those close in his team.

“Of course, I don’t turn up at the track preaching about my Faith, but I do make sure I arrive in the best mind-set possible, fully prepared for the event and that I’ve invited everything to come together,” he explained. “If I perform to my best ability, be positive towards those around me and have faith, everything will happen the way that it is intended – I guess faith is what helps me to find the fine line between playing my role and taking control.

“When it comes to results, the truth is, there are other drivers on the grid much more experienced in DTM than I am, and there are more experienced teams than WRT. To achieve success, we need to work extra hard to make sure we all perform to our best as individuals and as a team, and I believe we are edging closer to that podium week on week.”

The seventh round of the 2020 DTM season takes place at Zolder on 09-11 October. 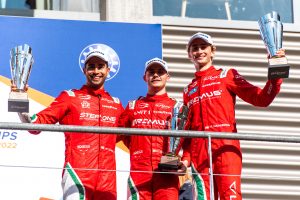 HABSBURG CELEBRATES ON THE PODIUM IN SPA

Ferdinand Habsburg returned to the ELMS podium last weekend at Spa Francorchamps with Prema Team to extend his championship lead with one race to go. 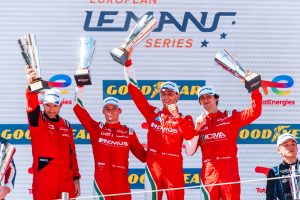