SHARE
SHARE
Ferdinand Habsburg together with his teammates Robin Frijns and Charles Milesi took a storming win at the season finale in Bahrain to secure his maiden world champion title in his first season in endurance racing.

Fresh from their stellar victory at the 6 Hours of Bahrain, the #31 Team WRT squad jumped back into action in the desert last week, with a 5-point lead in the standings, on top of a four-way title fight. In spite of their best efforts, the weekend turned into a carbon copy of the previous round as they seemed to be lacking pace in the practices, finishing P7 in class in the qualifying.

Once again, Ferdinand was tasked with taking the start and almost exactly like the week before, the Austrian Bullet Athlete forged his way forward in the opening lap to 5th in class, finding himself behind one of their title rivals. It didn’t take long for Habsburg to make a splendid move on the #38 JOTA for P4, he then hunted down his next target, Peugeot Factory driver Loic Duval. With a little more than 20 minutes into the 8-hour race, Habsburg executed a spectacular overtaking maneuver in turn 4, passing the Frenchman for 3rd place. There was no stopping the 24-year-old Austrian, he carried on his charge and overtook the United Autosports car, climbing up to second place, extending their provisional lead in the championship.

The AVL Racing ambassador passed the wheel to Frijns at the 1h30 mark following an impeccable double stint. The Dutchman picked up right where Ferdinand has left off and flew into the lead with five and a half hours left on the clock. From that moment on, it was all about maintaining the lead until the flag falls and the Le-Mans-winning trio was up for the challenge. Milesi was in next,  followed by Ferdinand for a single stint before Frijns took the honours to bring the car home. They kept the race under control, building up a healthy lead and a dominant display from Team WRT all the way to the finish line.

By claiming their third consecutive victory, the #31 Team WRT squad with Habsburg, Frijns, and Milesi secured the FIA WEC LMP2 title in the Belgian team’s debut season in prototype racing.

This achievement crowns a season of superlatives for Habsburg that started with the Austrian winning the Asian le Mans Series in LMP2, followed by an extraordinary victory at the 24 Hours of Le Mans.

“We won it, World Champions. I was checking my heart rate the whole time on my watch in the last hour. It never went under 130. It was the longest hour of my life but it was worth it. Thank you so much to everyone. The entire WRT team, Vincent (Vosse ), my teammates. Robin and Charles. Thanks to my sponsors, AVL Racing, Sanlas Holding, REMUS Sportexhaust, Jansen Competition, and last but not least my management team Bullet Sports Management for being on my side throughout this incredible season. “

In only his first season in an LMP2 car, Habsburg amassed five wins and eight podiums across three championships, including a victory at the 24 Hours of Le Mans, making it the most successful season of his career so far. 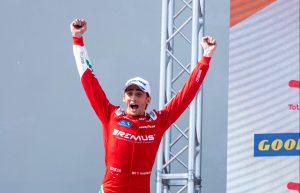 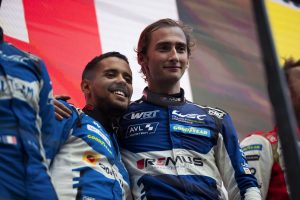 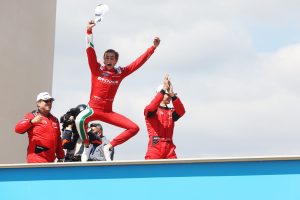 Bullet Athlete Ferdinand Habsburg claimed a dazzling win last weekend at the 4 Hours of Le Castellet, the opening round of the 2022 ELMS season.