Born in the beautiful and historic city of Salzburg in 1997, I grew up with a strong sense of family, faith and country. A lover of sport from a young age, I always enjoyed competition and pushing myself, but it was karting that became my true passion aged 10. By 13 years old I entered my first international championship and knew it was my calling.

I went on to work my way through the go-kart ranks – winning the Hungarian and Austrian championships, and representing my nation at the Rotax Max Challenge Grand Finals for three consecutive years. Finally in 2014 I graduated to single-seaters.

The highlights in my open-wheel racing came in the 2016 Euroformula Open season, where I claimed the rookie title and finished runner-up overall. Alongside my F3 campaign, I raced in the Formula Renault 2.0 Eurocup, where I qualified on pole and finished in second place in Monaco.

2017 saw me race in the FIA Formula 3 European Championship, where I took a memorable win at Spa and three further podiums, finishing the season on a high with the bittersweet Macau Grand Prix (search it on YouTube!).

In 2018 beside my FIA Formula 3 European Championship campaign, I challenged myself by competing in the Rolex 24 Hours of Daytona in LMP2 , which was my maiden endurance race and also my first time racing a prototype car. I finished fifth overall with the #78 Jackie Chan DC x JOTA Sport car and really understood the appeal of 24-hour racing. It was in 2018, that I also got my first taste of a GT car, as I took part in the first round of the International GT Open season in Estoril.

2019 was a challenging and exciting year as I made my debut in the world-famous DTM championship in the Aston Martin Vantage DTM car with R-Motorsport.

In 2020, I returned to DTM, joining Audi Sport Team WRT for an unforgettable season where I took my first DTM podium and pole position with the team that became family.

And, that brings me up to 2021, starting my first full season in sports cars at the Rolex 24 at Daytona, then winning my first international title in the Asian Le Mans Series with G-Drive Racing by APR in an LMP2 car. After a successful start I decided to join APR for a full campaign in ELMS, while launching my sustainability project, Drive Fast, Act Faster with Green Future Project.

Aiming to fulfill a long-time dream of competing in Le Mans, I joined Team WRT for my debut in the FIA WEC. In less than six months we achieved our maiden podium in Monza, foreshadowing the greatest victory of my career at the 89th 24 Hours of Le Mans, where we took a dramatic win together with my teammates Robin Frijns and Charles Milesi.

Following our Le Mans triumph, we won the two remaining races of the season in Bahrain sealing the World Championship title.

In the 2022 season, Ferdinand is running a double campaign racing in the FIA WEC with Team WRT and in ELMS with Prema Team. He also competed in the Rolex 24H at Daytona with Tower Motorsport, and finished on the podium. 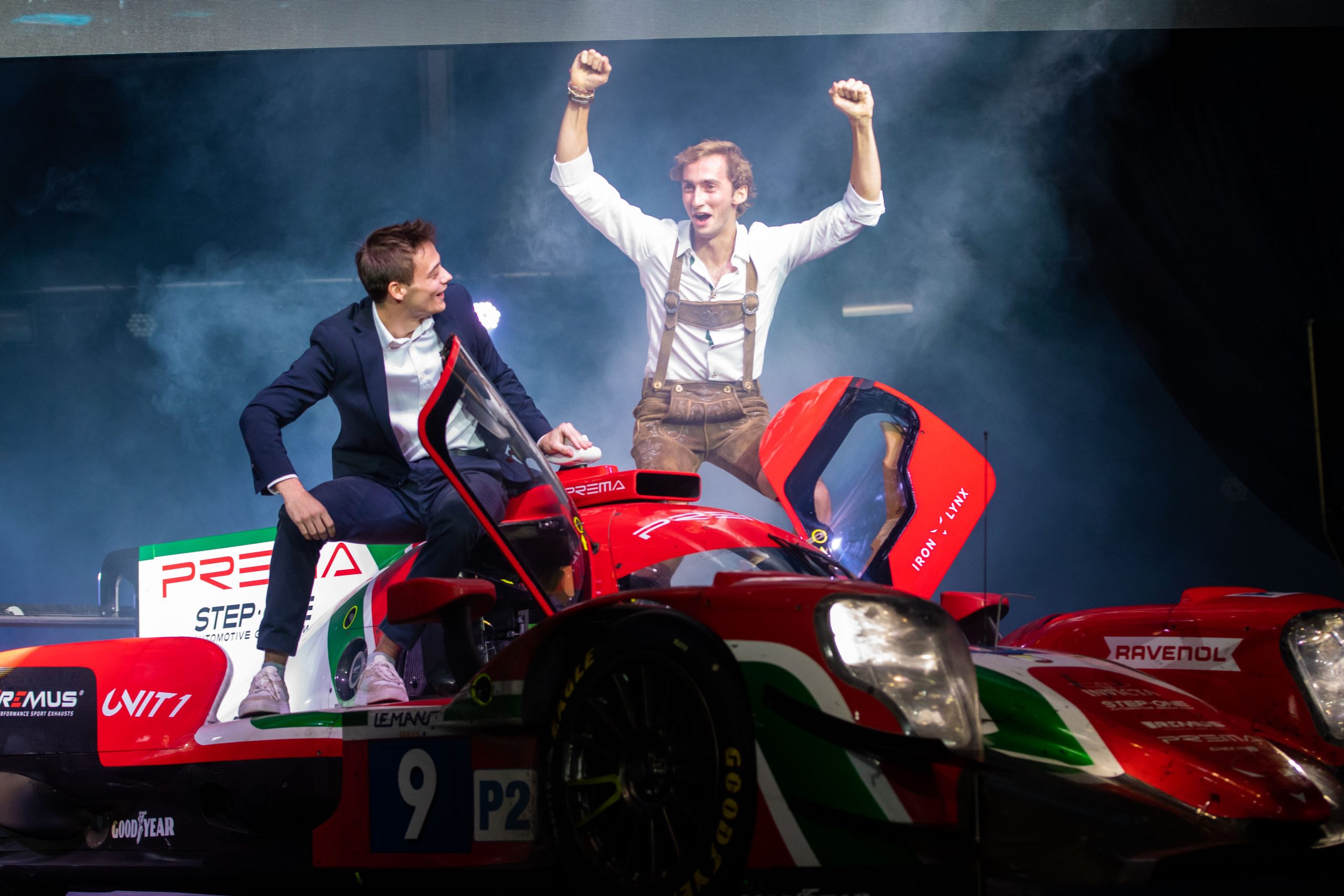 Ferdinand achieved the Quadruple Crown by winning the European Le Mans Series in LMP2 with Prema Team in the team's first season in endurance racing, claiming 3 wins and 4 podiums out of 5 races. 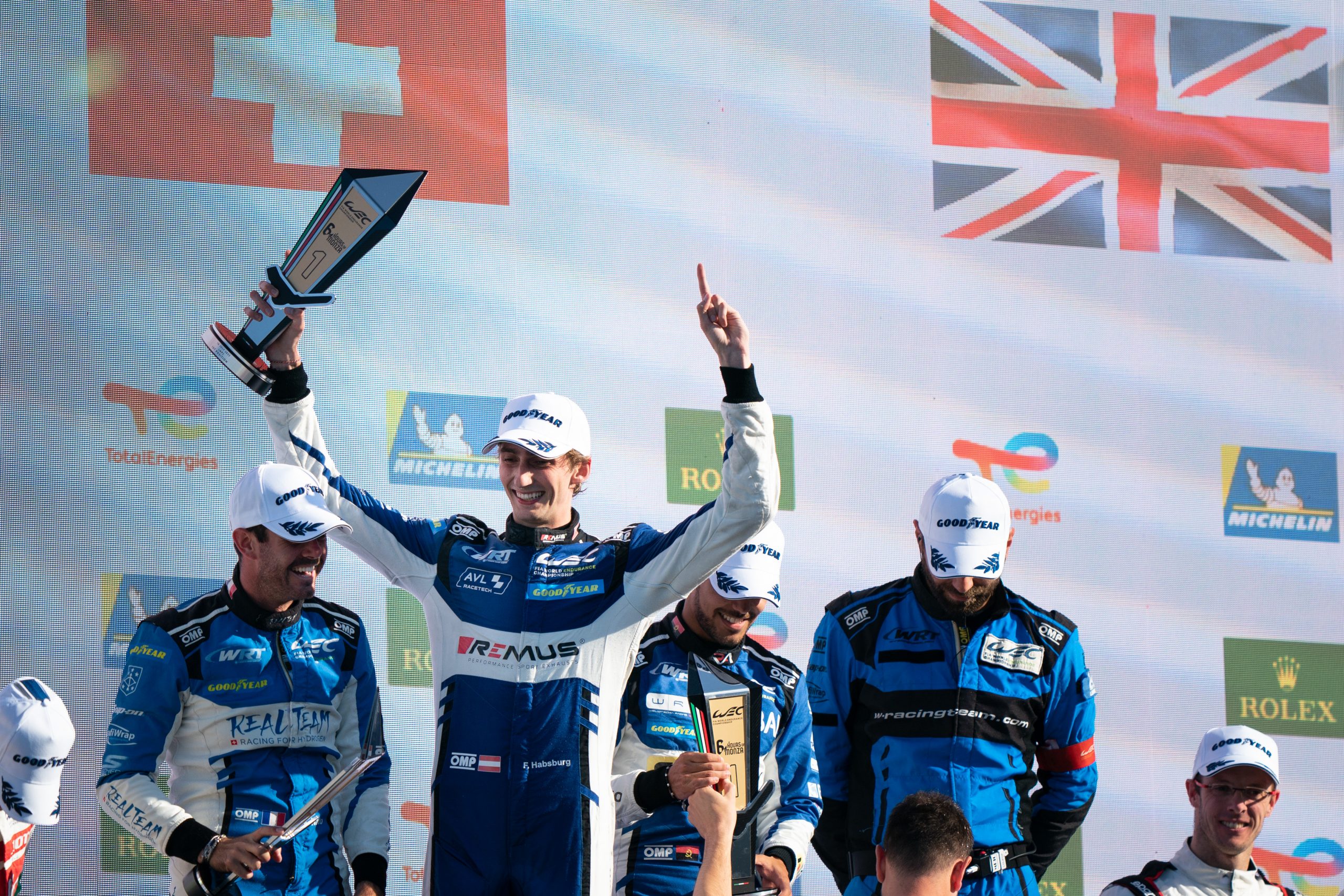 Ferdinand claimed his 4th win in WEC  putting on a supreme display at the 6H of Monza. 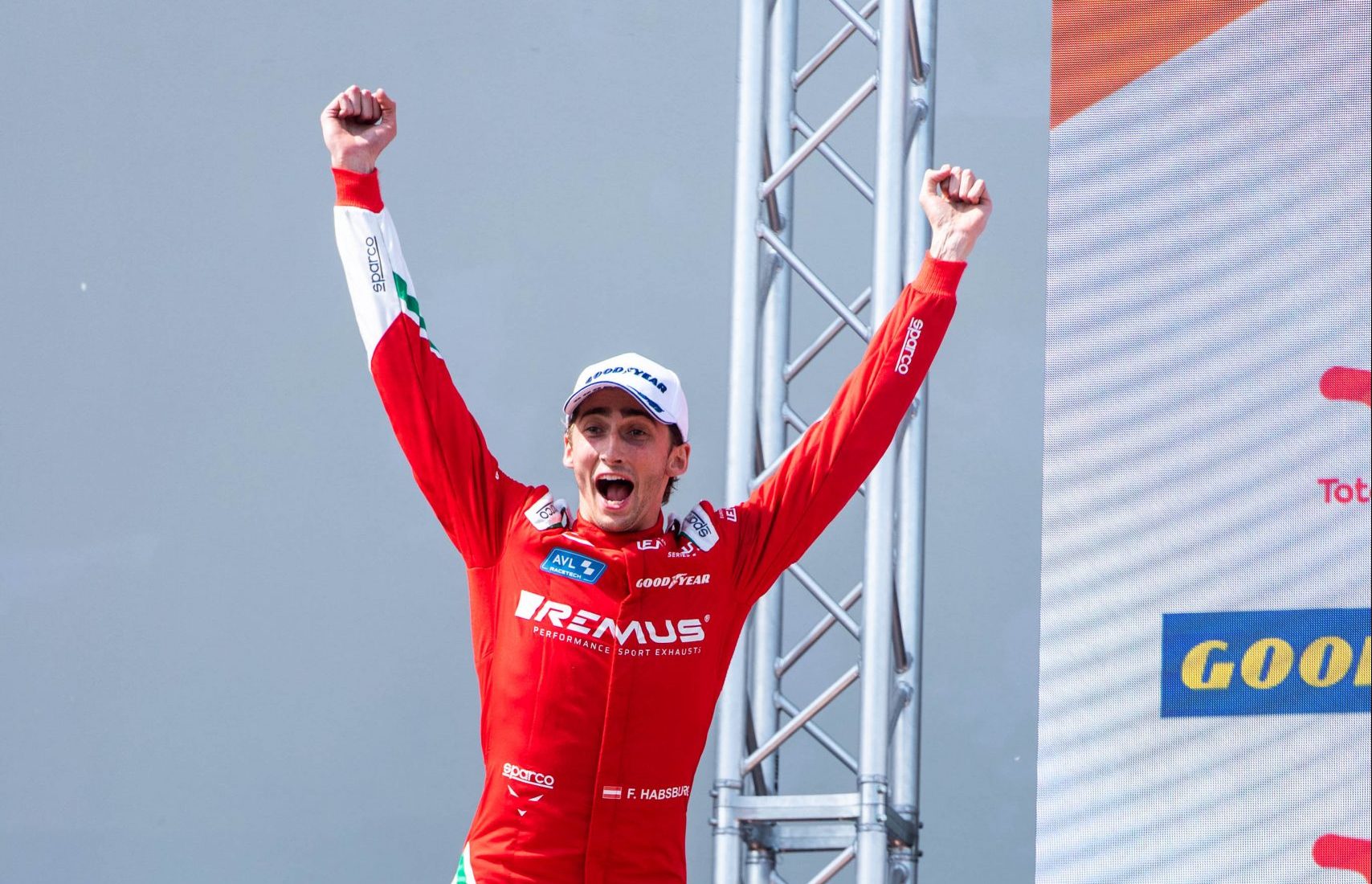 Ferdinand claimed his second win in ELMS in Prema Team colours at his first-ever visit to the Autodromo Enzo e Dino Ferrari. 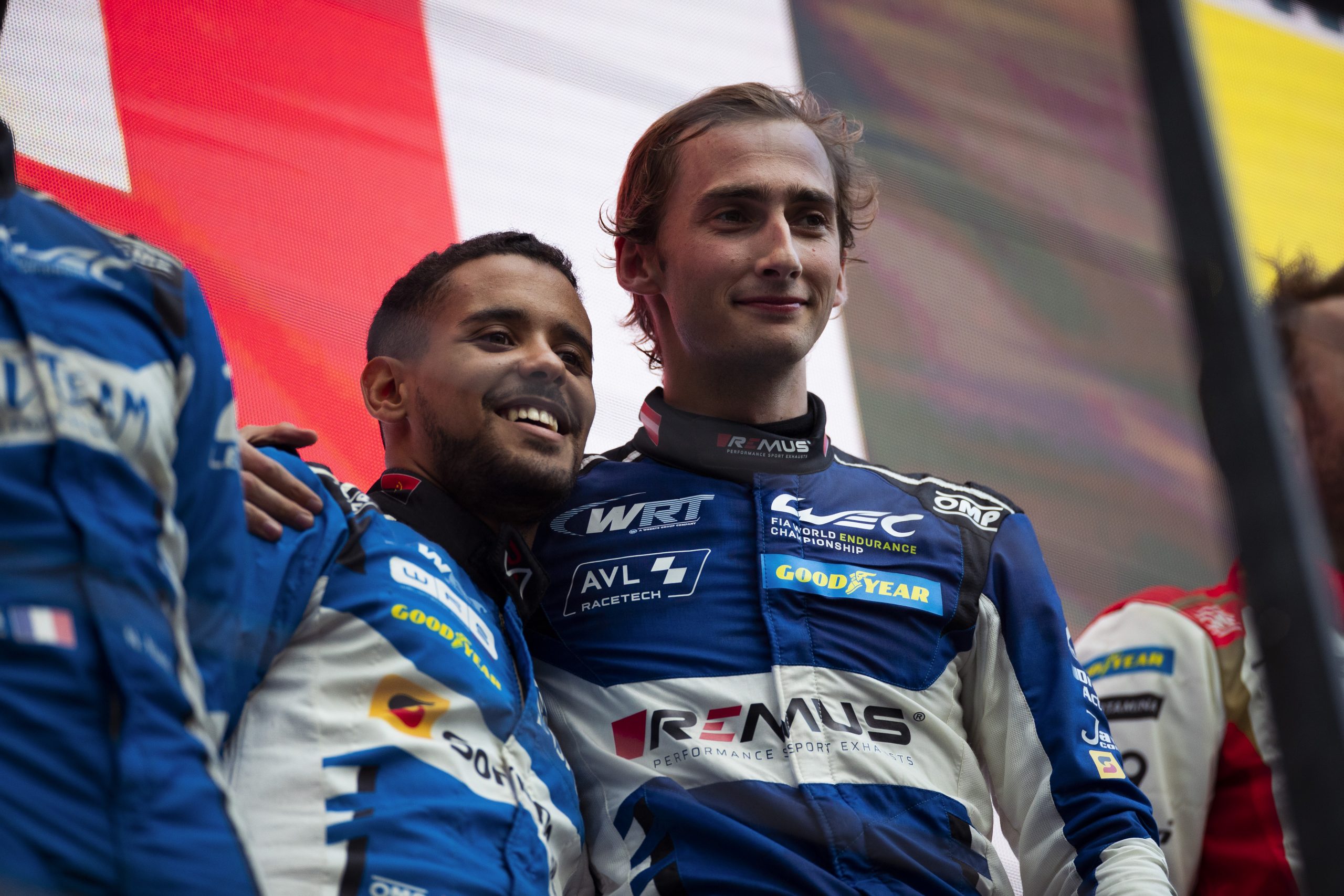 Ferdinand alongside Rui Andrade and Norman Nato battled the elements in the Ardennes to finish in second place in the 6hrs of Spa FIA World Endurance Championship race. 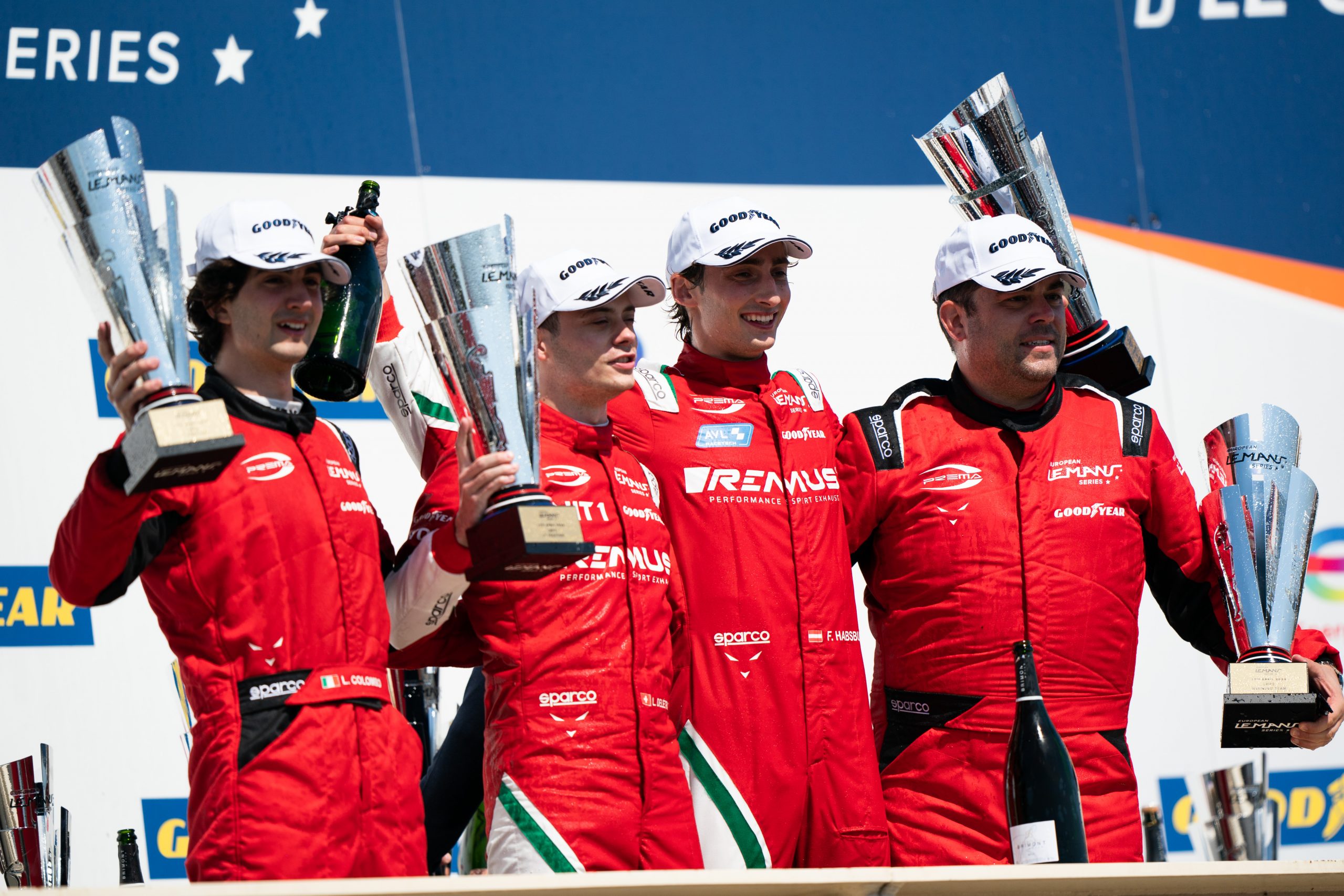 Ferdinand made an unforgettable debut with Prema Team by storming to victory at Le Castellet, taking the Italian outfit's maiden win in endurance racing alongside Louis Deletraz and Lorenzo Colombo. 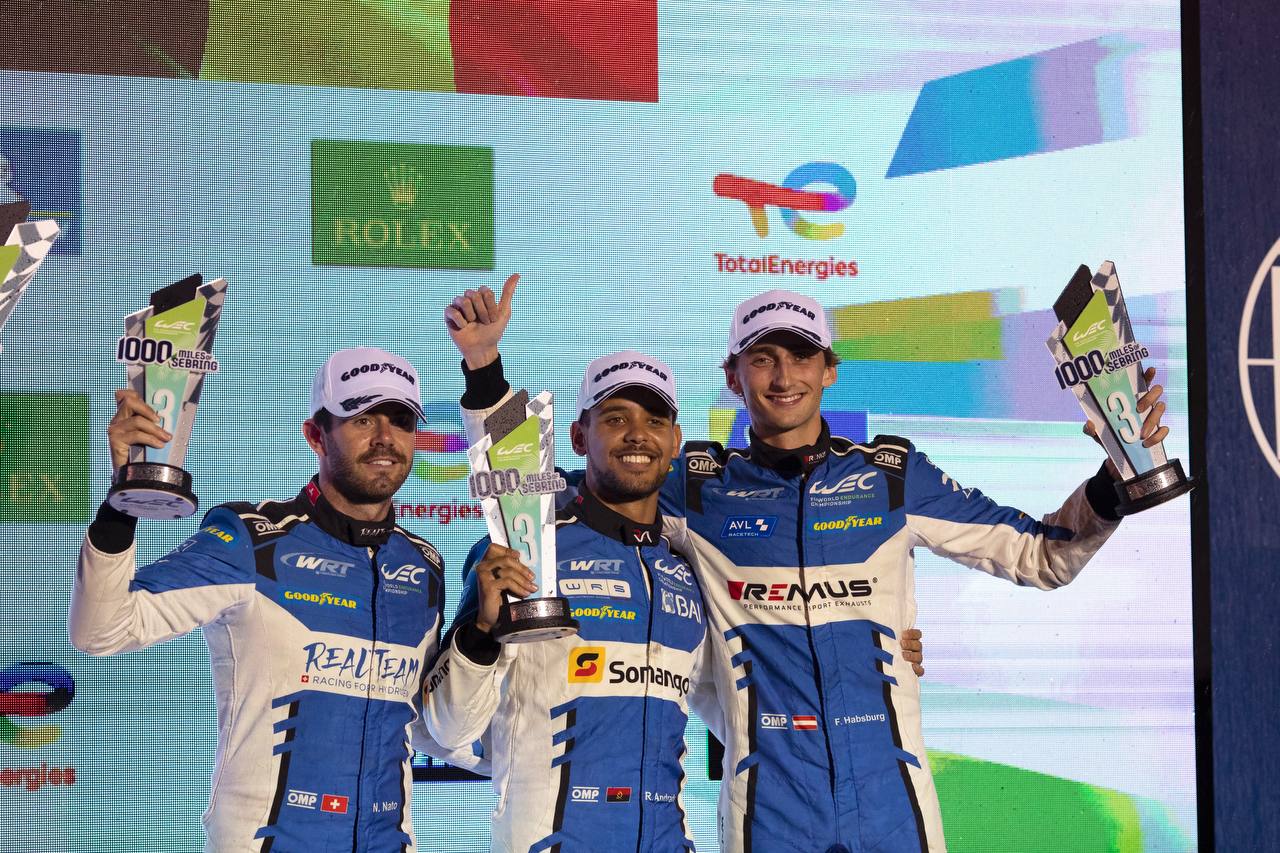 Ferdinand kicked off his second season in FIA WEC with his championship-winning team WRT by claiming a hard-fought third position at the iconic Sebring Raceway alongside Rui Andrade and Norman Nato.
Rolex 24h at daytona 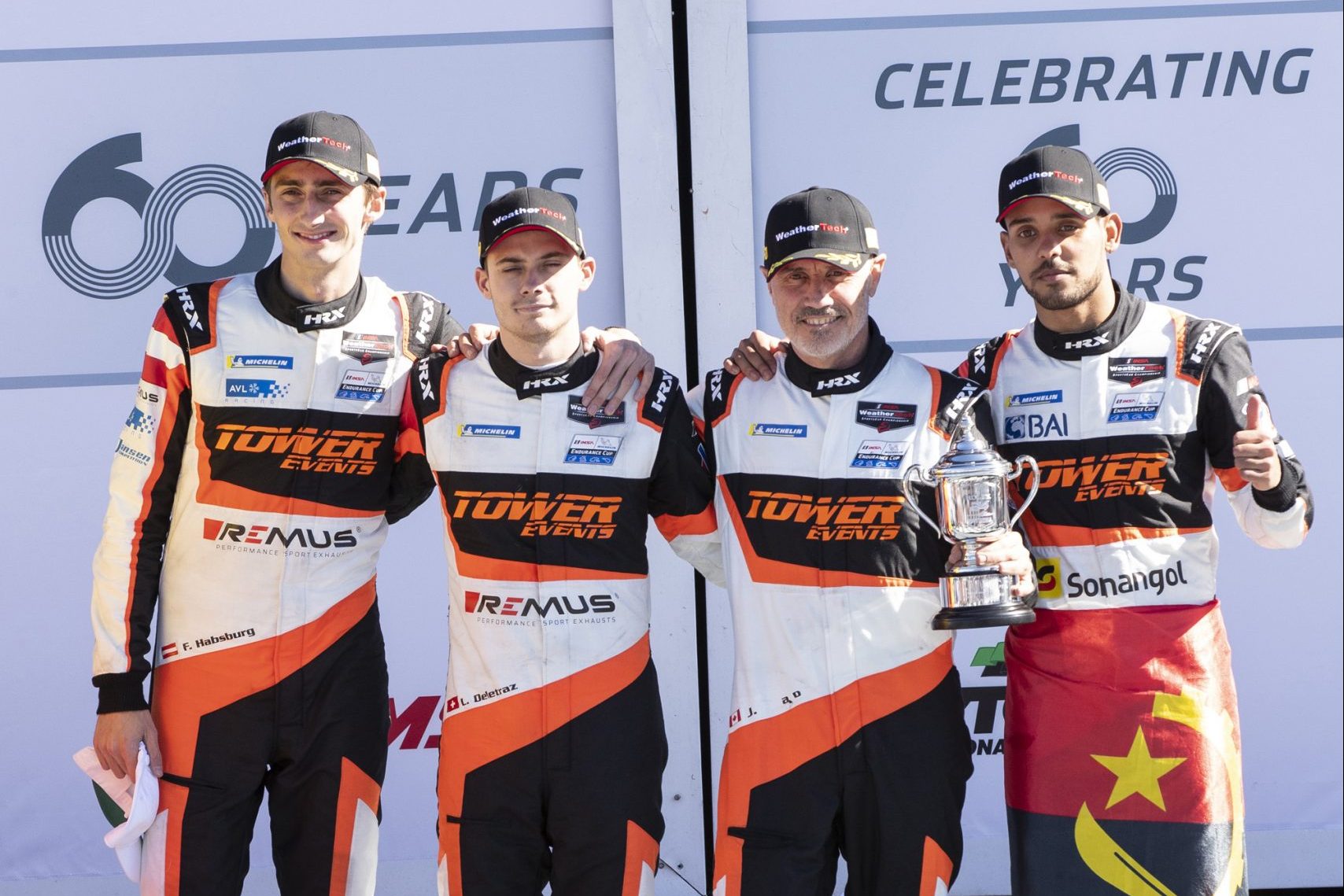 Ferdinand started the 2022 season on the podium, taking P3 at the Rolex 24 Hours at Daytona with Tower Motorsport alongside Louis Deletraz, Rui Andrade and John Farano. 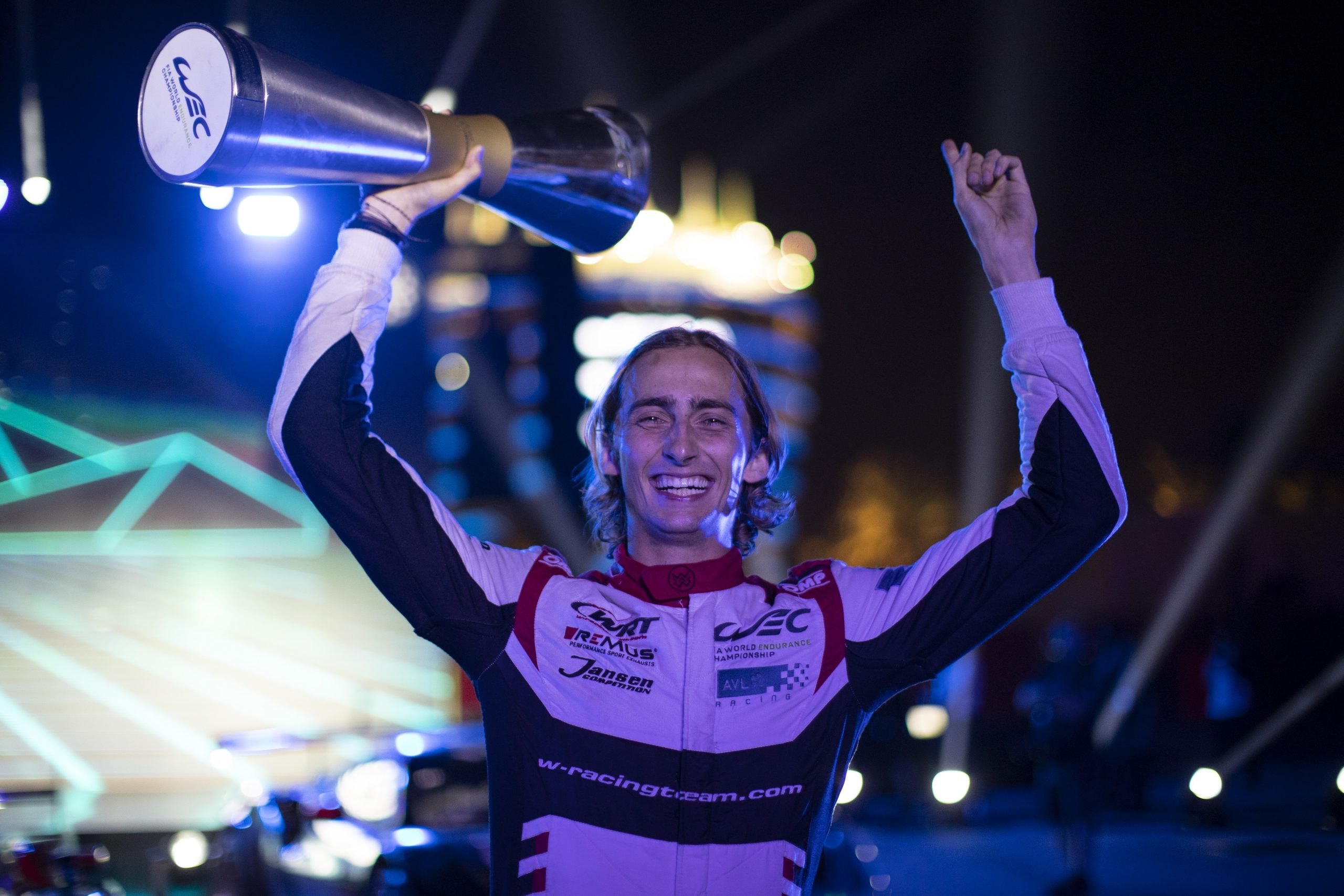 In 2021 Ferdinand entered his first season in a World Championship with Team WRT in the Belgian team's FIA WEC debut, sharing the #31 LMP2 car with Robin Frijns and Charles Milesi. Over the course of the 6-race season, the trio sealed three victories and four podium finishes and won the LMP2 World Championship title. 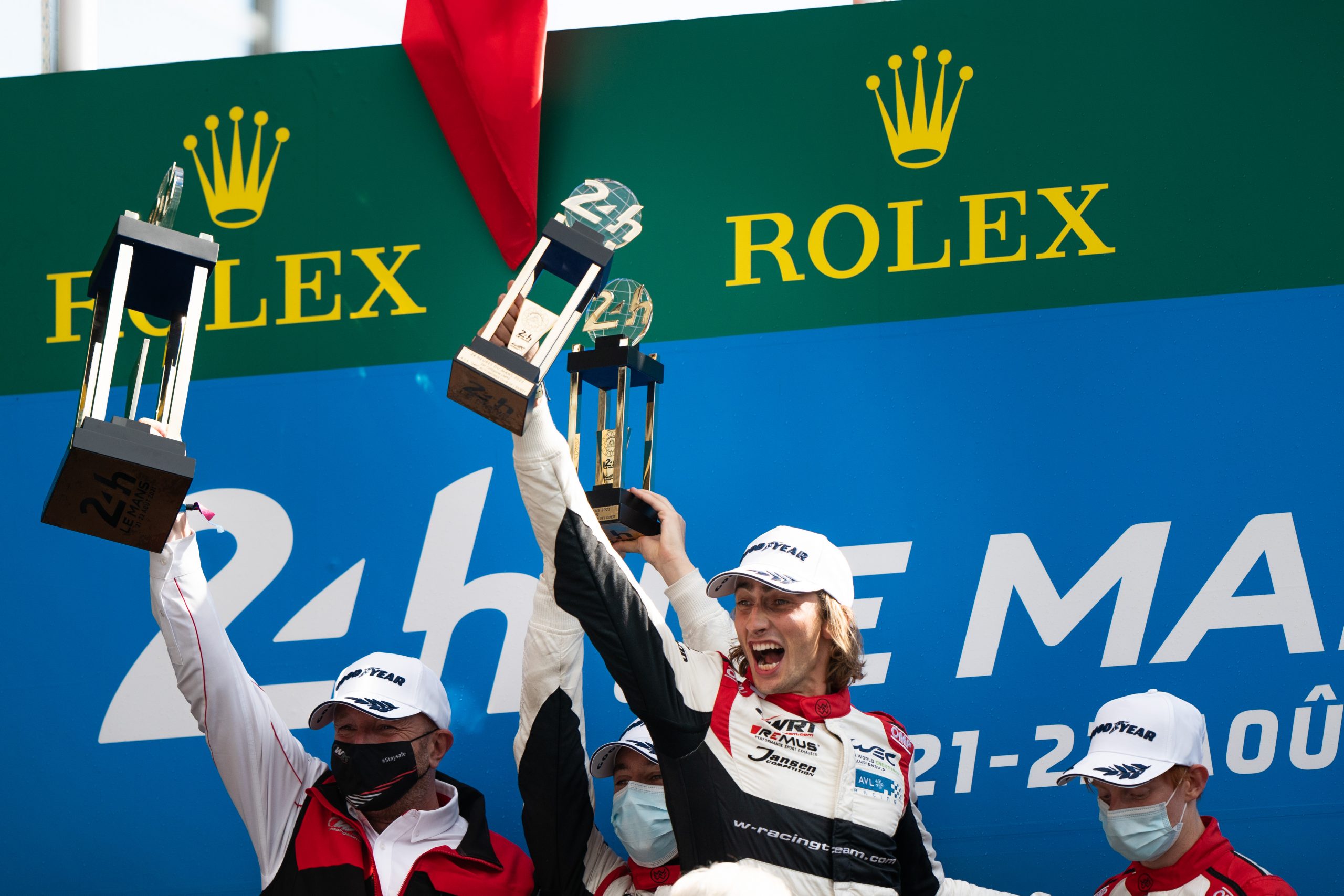 In 2021 Ferdinand achieved a lifelong dream of competing in the biggest motor race in the world, the  24 Hours  of Le Mans, and went on to win it in one of the most dramatic finalesin the iconic race`s history. 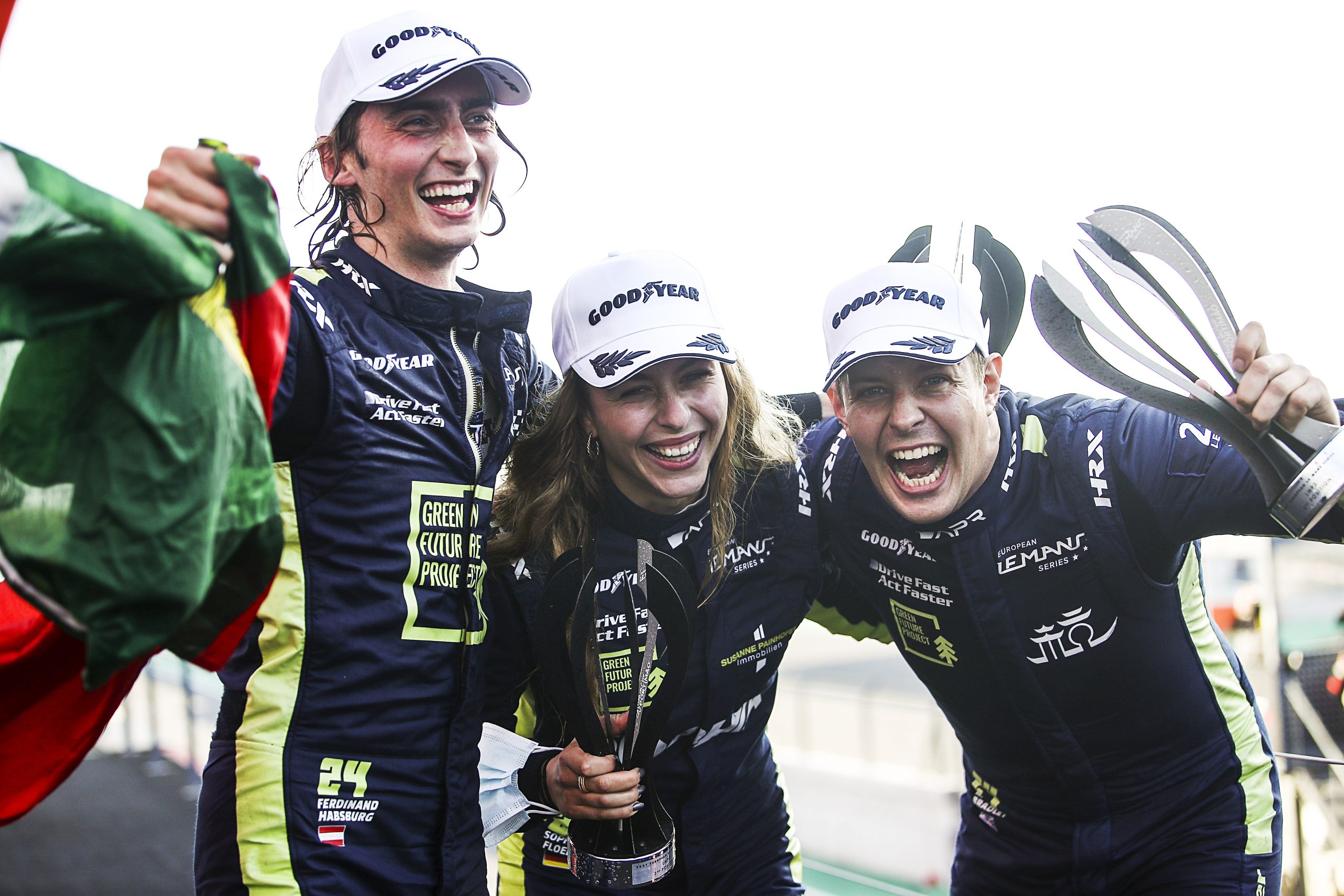 In 2021 Ferdinand ran a double LMP2 campaign. He joined Algarve Pro Racing for the European Le Mans Series, racing in the "Drive Fast, Act Faster" LMP2 car, carrying a special livery  featuring the Narupa Reserve, the rain forest his initiative is protecting. In the season finale, Ferdinand, alongside Richard Bradley and Sophia Flörsch claimed a podium finish at the team's home track in Portimao. 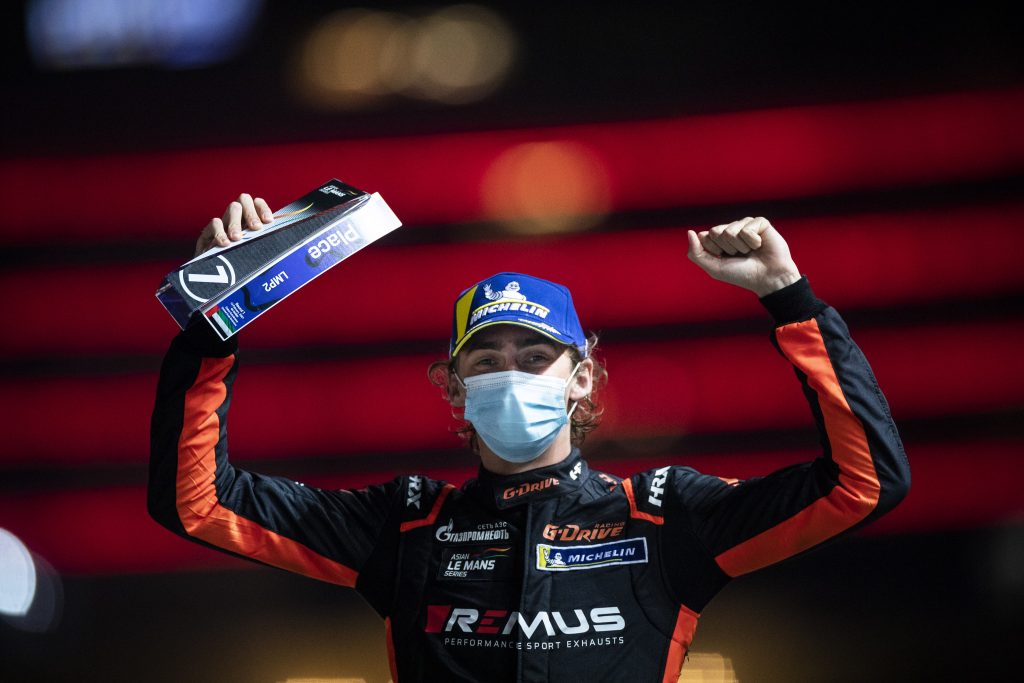 Ferdinand started his first full season is sports cars competing in the Asian Le Mans Series with G-Drive Racing by APR. Not only did he claim his first LMP2 pole position, and race win, but following a further victory and claiming 3 podium finishes out of four 4-hour races he claimed his first championship title in cars alongside Rene Binder and Yifei Ye. 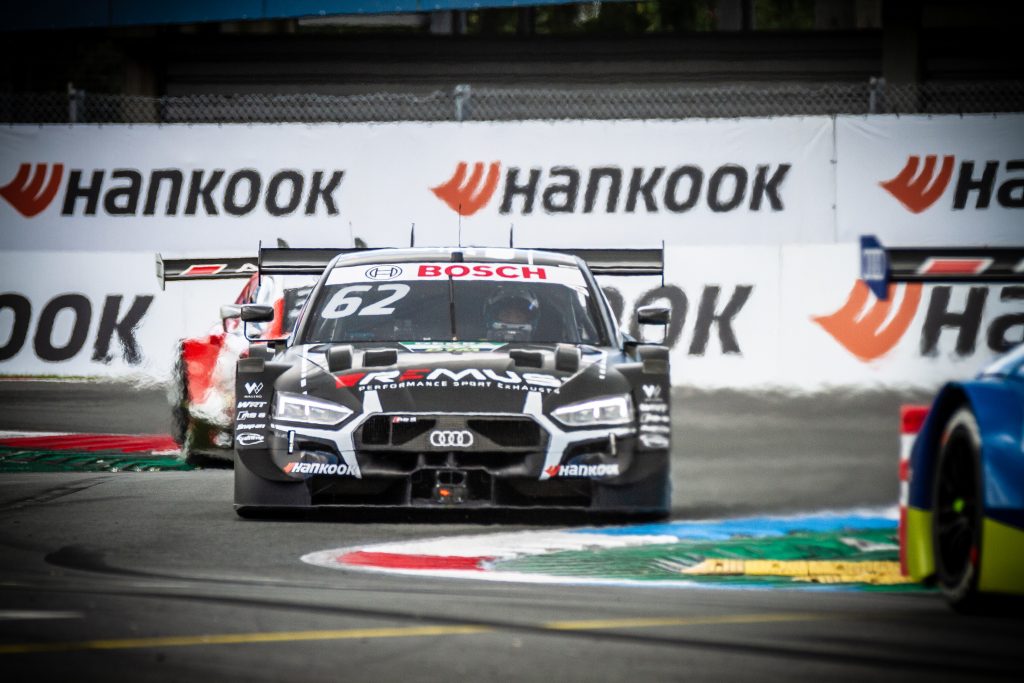 For the 2020 season Ferdinand joined Team WRT for his second season in DTM. In Zolder he stormed to pole position, and claimed the Belgian team's first podium in DTM. 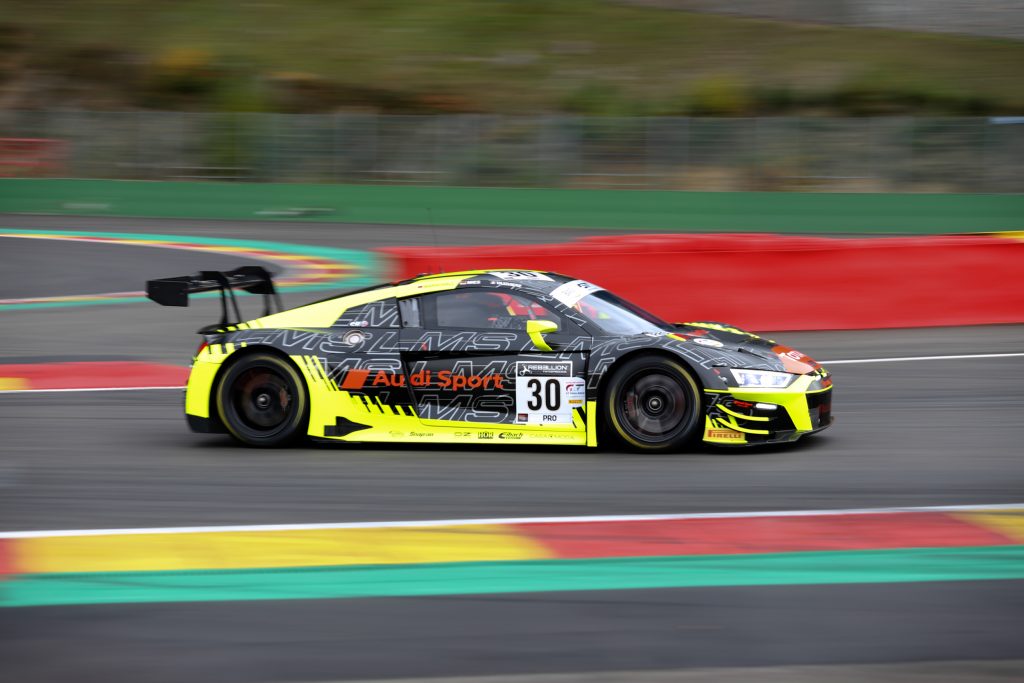 Ferdinand received a last-minute call-up to the 24 Hours of Spa from Audi Sport. The "call-up-crew" consisting of only stand-in drivers finished the race as the highest ranked works Audi. 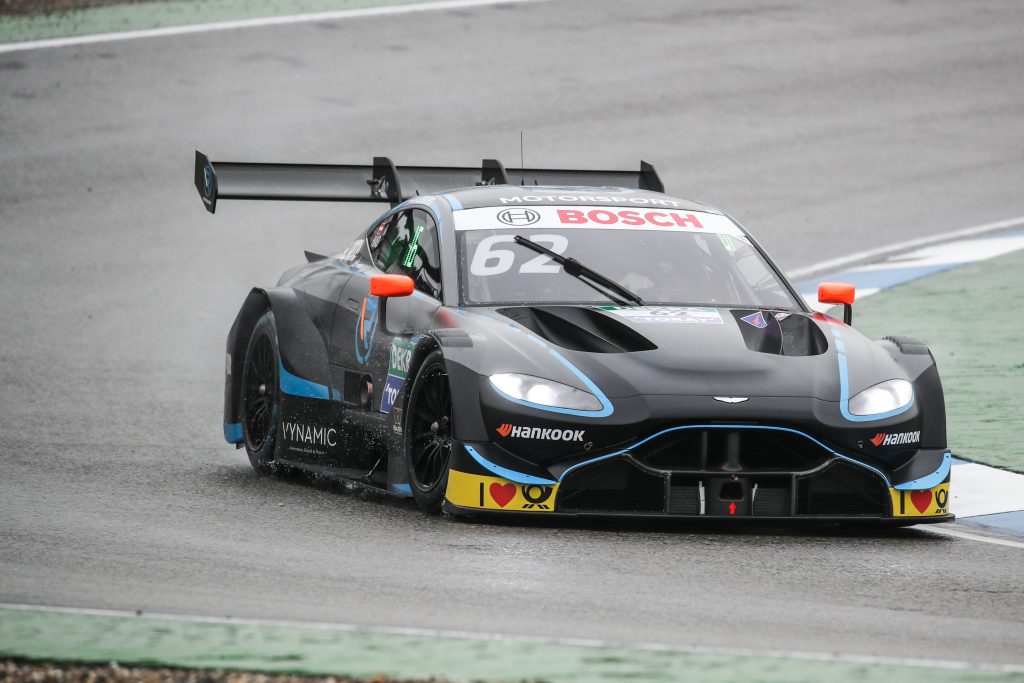 Ferdinand Habsburg made his DTM debut with R-Motorsport, driving an Aston Martin Vantage DTM car, in the iconic brand's maiden season in the highest level of touring car racing. 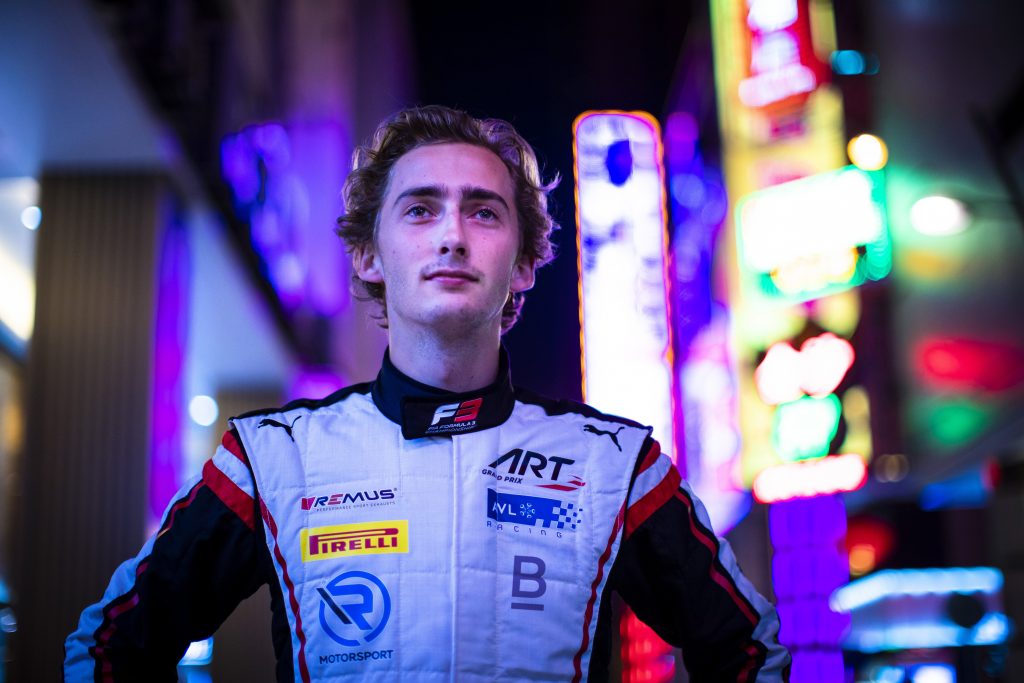 Ferdinand finished his race season returning to the Macau GP after a year away from single seaters to contest the FIA F3 World Cup with ART GP.

In 2018 Ferdinand continued racing with Carlin Racing in the FIA F3 European Championship. He took one podium finish in the torrential rain at the Misano circuit.

For the 2017 season Ferdinand joined Carlin Racing, graduating to FIA F3 European Championship, one of the most competitive junior single seater series in the world. He took a spectacular victory in Spa-Francorchamps and claimed three further podiums, finishing seventh in the championship. 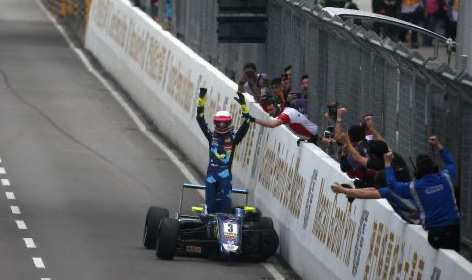 In 2015 Ferdinand stepped up to Formula Renault 2.0 with a full season in the NEC, and selected races in the ALPS and the Eurocup. Unfortunately his season was cut short due to a heavy injury he suffered in Silverstone, but he made his comeback and his F3 debut in the Euroformula Open in Barcelona to finish the year on a high.
2014
Karting 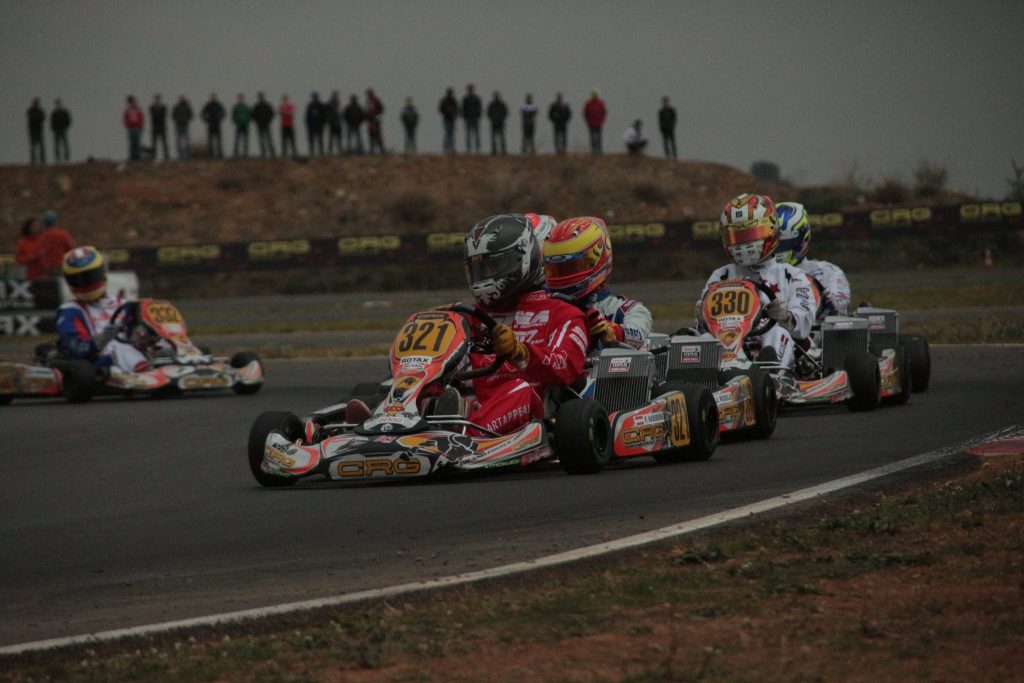 2013 marks the most successful season in Ferdinand Habsburg's karting career.
He's been racing and succeeding in multiple championships with Speedworld Academy/KMS Europe.
He finished runner-up in the Central-Eastern European championship and in the Slovakian Championship, and has been crowned champion in the Lower-Austrian Championship. But the highlight of the season is came when he was crowned Hungarian Champion - his maiden championship victory - and qualified to the Rotax Max Challenge Grand Finals in New Orleans, where he finished in 10th overall under the Hungarian flag.

Ferdinand's 2012 season was thwarted by an injury which forced him to miss the majority of the races. However his heroic fight to get back in his kart has been rewarded with his first Ticket to the Rotax Max Challenge Grand Finals, representing the Hungarian team in Portimao.

At the age of 13, Ferdinand Habsburg entered his first international race and season in karting , competing in the Rotax Central-Eastern European Championship.